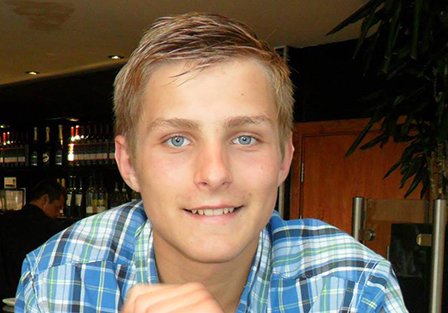 Meet George Downs. The 18 year-old joined Unite when his local council decided to shut the youth centre he loved. George helped save the place and lots of the jobs that went with it. This is George’s story…

“I’m 18 years old and represent the South West on the Unite National Young Members’ Committee. I’m employed in the service industries sector and work for the newsagent and bookshop, WH Smiths.

I joined the union when I was 16, on the community membership scheme, after my local council announced cuts which would close the youth centre my friends and I attended, along with every other one in Devon. This decision would have also led to the redundancies of 90% of our youth workers. Following a year of activism, we managed to safeguard our centre - along with many others – and nearly half of all the jobs that were at stake. By bringing together the Unite industrial youth worker branch and youth service users, we organised demonstrations and captured 8000 signatures for a strong petition.

Having experienced precarious employment in retail myself, last year I helped to formulate the strategy of the #FightFor5 campaign and we are currently in the process of reaching out to non-unionised young workers, such as those employed at Sports Direct, for example. It is a pioneering step towards a more grassroots method of workplace organising, with clear demands and a view to engage those who may not be attracted to the bureaucratic nature of traditional unions.”

Decent work is a human right and while young people remain firmly in the sights of the Government, young employees need protection. That’s the bad news. The good news is that getting organised in the workplace can help – and more young people than ever before are organising: Unite represents 140,000 young members across all sections of society.

Join a union today and protect your future. Here at Unite, we seek to give workers like you a voice on matters that affect you at work - by standing together and campaigning, we can win decent work for all… look up #DecentWork4All and #FightFor5 on social media and contact a union today.