The Unite History Project brings together the stories and struggles of working people spanning a century in six volumes, a website and a lasting archive.

Unite has launched one of the most exciting and ambitious history projects ever undertaken in Britain and Ireland, and is asking members, activist and others to be a part of it. The project looks at the history of Unite and all of the unions which came together and made it the great union it is today.

Several key themes underpin the project. These include the issues of equality, internationalism, the wider labour movement and its attitude to the conflict between capital and labour. The project as a whole looks to generate an understanding of the wider political role of the trade union movement in the battle for social change.

History isn't only made in universities or cabinet rooms, it's made by everybody, in the workplace, on the streets, and on the picket line. The Unite History Project needs your help to record it, tell the team about the meetings and protests, the battles, the comrades, the solidarity and more. 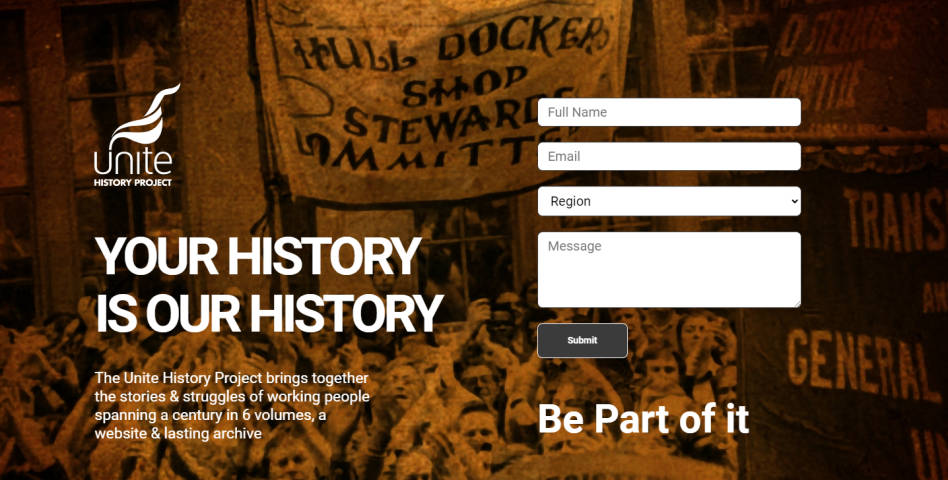