Unite is the union for the 21st century, meeting the greatest challenges facing working people today and fighting for jobs, pay and conditions. 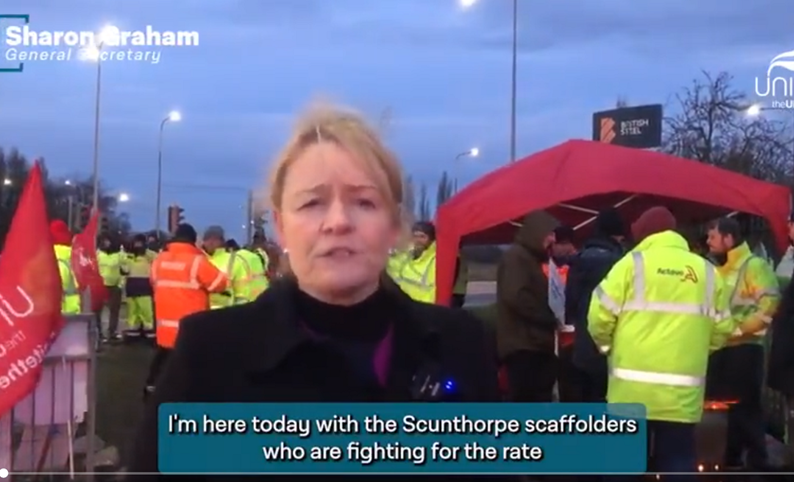 Delivering on Jobs, pay and conditions – one year on

Everyone needs better jobs, pay and conditions – and this year has proved to be a year like no other. Unite members can contact the general secretary's office at any time between the following days/hours: ⬇️ Monday to Thursday:☎️8am-8pm. Friday:☎️8am-6pm. 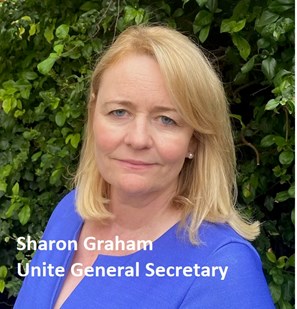 "It is a great privilege to be elected as your general secretary, on a clear mandate for positive change.

"Unite members face a critical time. Many employers are emboldened, tactics such as “Fire and Rehire” are becoming increasingly common, jobs are under threat, and pay rates are under attack.

"I have been elected to do what it says on the trade union tin – fight for jobs, pay and conditions. Now is the time to build strong, effective trade unionism at every workplace.

"The pledges made in my election manifesto will be delivered. The task of delivering on that begins immediately."

How to Lead: Sharon Graham in the FT

Unite’s Sharon Graham: ‘I felt this was a moment for the union movement to be reborn’

The first female boss of the UK’s largest union is focusing on jobs, pay and conditions — and has hired an economist. Read the FT profile (£) - 30 May 2022