Freeports must be Union Ports

Join the campaign to make freeports fair and union ports 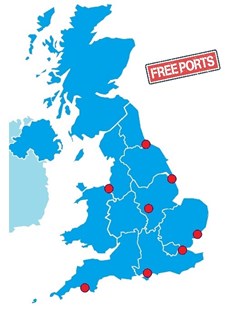 There’s a high probability that a freeport is coming to your area – Freeports are not a new idea – but are they a good idea?

Unite is concerned that the so-called benefits will go one way only, to the boardroom. Unite is worried that bosses will seek to pocket tax cuts, attack pay and use the secrecy to opt-out of UK laws and hard-won protections.

Freeport workers: The facts for your employers

Talk to your MP and councillors

Share this Unite briefing with local councillors and MPs and demand guarantees on Freeport operations.

These freeports are vast. Some stretch far from docks to include airports and major manufacturing and logistics sites many miles away. That means large parts of the country will see jobs displaced and businesses enjoy lower taxes. Where’s the sense in that? Communities need these taxes to support local public services. And it's not just in England, Freeports are coming to Scotland and Wales too.

Unite is not convinced that these deregulated zones can work without strong unions to organise and defend workers. The best way to safeguard and improve the jobs, pay and conditions of the many thousands of workers in these freeports is for a strong Unite presence in these zones.

Unite is working every day to achieve this and needs your support. What can YOU do?

How YOU can support the campaign...

Work at a freeport?

If you are a Unite rep or member working in a freeport demand answers from your employers - check the briefing.

If you or someone you know is going to be working within a Freeport, urge them to join Unite today.

Talk to people bringing a Freeport to your community

Share this Unite briefing with local councillors and MPs and demand guarantees on Freeport operations.

Talk to those who are bringing a Freeport to our community. Share the Unite briefing with your councillors and MPs and demand guarantees that the Freeport:

“This proposal is down to a greedy employer and a shambolic @GOVUK. Unite completely rejects the plans of @BritishSteelUK’s multibillion-pound Chinese owners to cut over 1,000 jobs at its plant in #Scunthorpe.” @UniteSharon theguardian.com/business/2023/… pic.twitter.com/xOip5lukLL