End Fire and Rehire at Weetabix

Weetabix is taking the biscuit out of British workers

Around 80 engineers employed by Weetabix, the UK’s favourite breakfast cereal, based at factories in Kettering and Corby, face changes to their shift and working patterns that would result in some losing as much as £5,000 from their annual earnings.

Unite general secretary Sharon Graham said: “Weetabix believes it can steamroll a loyal and hardworking staff into accepting worse wages, pensions and conditions by threatening them with the sack. Weetabix’s management must be learning this kind of ‘take it or leave it’ industrial relations from their American owners. Unite won’t accept that.” 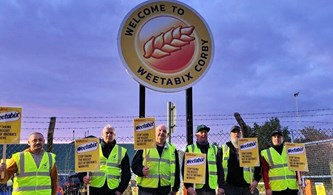 Unite members at Weetabix will not accept being fired and rehired. Weetabix must reverse its plans and treat workers with respect.

Workers face changes to shift and working patterns that would result in some engineers losing as much as £5,000 from their yearly earnings.

Please help support the Weetabix workers by taking the actions below:

End Fire and Rehire at Weetabix

Use the look up tool to find who your MP is and send them a message to support the Weetabix workers. Weetabix has performed very strongly since the start of the pandemic. In 2020, its turnover grew by 5% to £325 million and profits jumped almost 20% to £82 million. Weetabix has no excuse to treat workers this way. Take action today.

Add your name: Sign the petition by clicking the image below 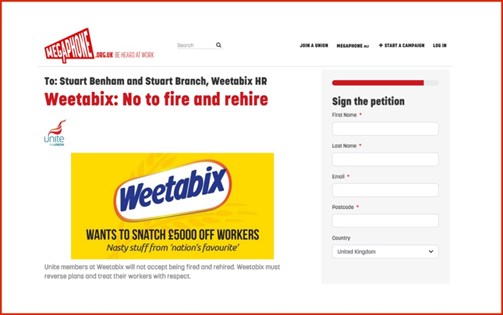 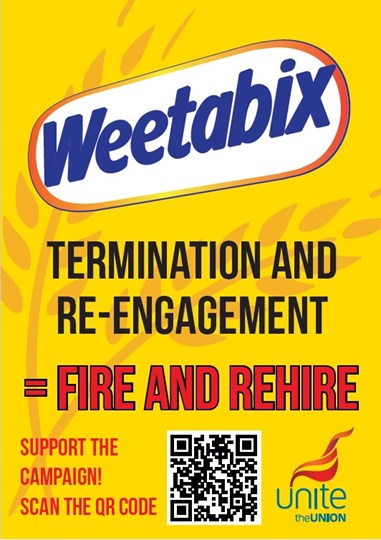 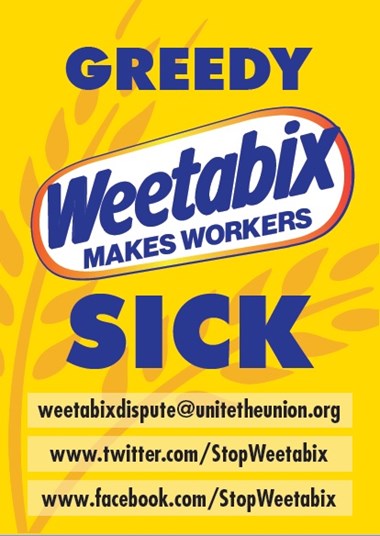 Keep up with the campaign | Follow @StopWeetabix on social media

Watch Unite general secretary Sharon Graham backing workers at Weetabix: "It's wrong for companies to try and sack workers and then re-hire them on worse wages and conditions. This is exactly what is happening at Weetabix. Unite won’t accept that, we will use every resource available to defend our members."